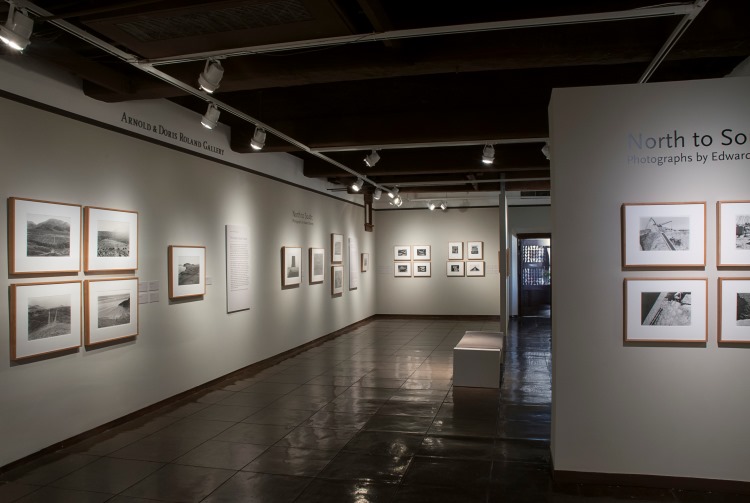 While studying in Cusco on a Fulbright Fellowship in the mid-1960s, Edward Ranney made his first photographs of ancient Inca sites in Peru’s southern highlands. Throughout the 1970s, he continued making an in-depth study of Inca architecture and stone shrines. Seeking to understand the broader context of stonework traditions throughout the ancient Americas, the artist was also photographing Mayan archeological sites in southern Mexico in 1970. While the initial impulse for the two series was essentially documentary – to create a visual record of these sites – Ranney approaches his subjects with the eye of an artist, framing and isolating each image for maximum impact rather than purely for information. We see his admiration for the innovation and craftsmanship of the ancient stonework, as well as his attraction to the compelling forms they create in the landscape. While both the monuments and his photographs of them are particular and specific, “both constitute a world within themselves and exist as metaphors of a universe far more vast and complex than any one literal image or any single archeological artifact,” the artist has written.

His extensive explorations of sites from both cultures resulted in two books, Stonework of the Maya (1974) and Monuments of the Incas (1982). Ranney sees the two series as important comparative projects that reveal the interdependence of cultural and natural landscapes. Accordingly, the selections from the two bodies of work are here presented side-by-side, to illuminate the differing approaches and environments of these sophisticated cultures.

As Ranney was completing work on his project Monuments of the Incas in 1979, he started a new undertaking on a mesa near Las Vegas, New Mexico. The site was selected by artist Charles Ross as the location for Star Axis, an ambitious construction that is part architecture, part sculpture, part earthwork, and a naked-eye celestial observatory. Sensing a connection between the two projects, Ranney came to think of Star Axis as “a ruin in reverse,” an extension of the idea of archeology. At Ross’ invitation, he has photographed at the site for more than three decades, from the initial groundbreaking up to the present, as it nears completion. The photographs offer a portrait of the site in disarray as it slowly moves toward realization, commenting on the human drive to create in the face of our own mortality.

Since 1985, Ranney’s visual survey of ancient sites from New Mexico to South America has been focused on the coastal deserts of Peru and Chile, including photographs of their monumental geoglyphs (large-scale marks made by humans on the landscape). These lines and shapes, made by clearing the desert’s dark surface rock and sand, are sometimes delineated with stones and often run significant distances. Thought now to be oriented principally toward sacred peaks and sources of water, they are believed to be sites of important ceremonial activity.

Born in Chicago in 1942, Edward Ranney has lived in New Mexico since 1970, raising a family and recording the contemporary built landscape as well as that of ancient cultures. In 1977, a Guggenheim Fellowship enabled him to undertake an as-yet unpublished study of the towns and landscape of New Mexico. More recently he has collaborated with writer Lucy Lippard on Down Country (2013), an in-depth study of ancestral Pueblo habitation and ceremonial sites in the Galisteo Basin southeast of Santa Fe. 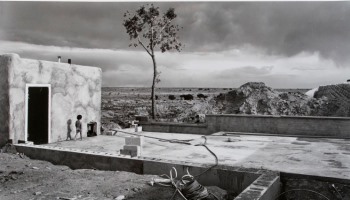 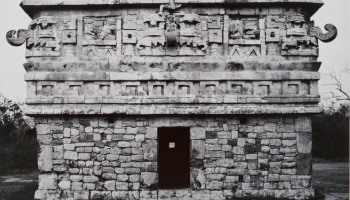 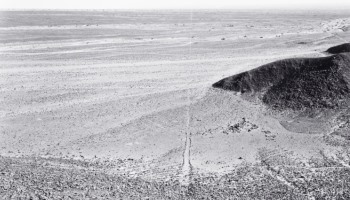 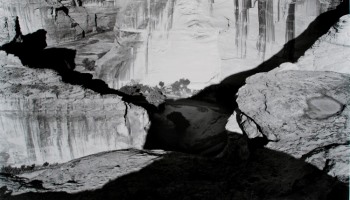