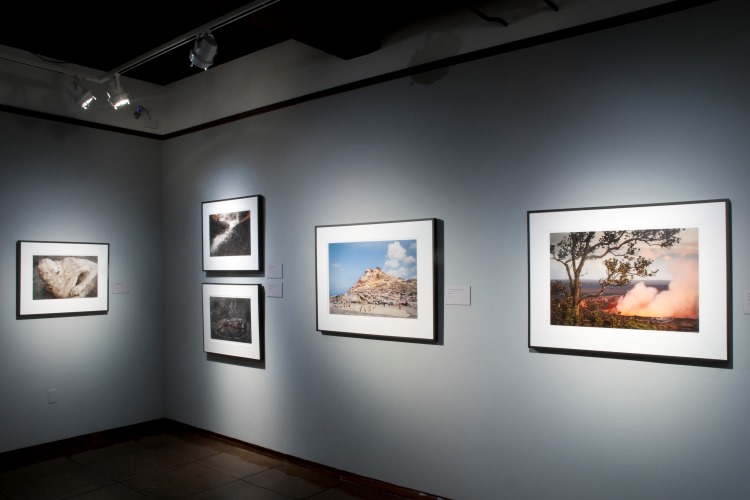 New Mexico photographer Joan Myers has been taking pictures for nearly forty years, exploring the relationships between people and the land. This survey begins with a few examples of her early work in California and New Mexico during the last 1970s and features her later digital work in color from 2001 to 2013. “I never liked ordinary photographic prints,” Myers says. “I wanted them to be more like printmaking.”

Seeking alternatives to the common black-and-white (also known as gelatin silver) photo, she tested a variety of techniques from 1974 to 1990. Myers sometimes used paper negatives instead of film negatives, taking advantage of the texture of the paper to soften her subject matter. She also made prints using the platinum-palladium process, in which the photographic image is in more direct contact with the paper. To augment these prints, she often added touches of watercolor or pastel by hand to create the effects she wanted.

When digital photography came along, the artist saw it as another tool for creative expression, and, since 2001, she has been working primarily with digital photography and pigment printing. Over the years, as Myers has continued to travel the world with her camera, she has been increasingly drawn to big-picture views and the size of her prints has also gotten larger, another advantage of digital printing.

In pursuing the theme of human interventions in the landscape, Myers has followed the Santa Fe Trail from Missouri to New Mexico; photographed remnants of World War II relocation camps; recorded the submerged structures in California’s Salton Sea; traveled the ancient pilgrimage route to Santiago de Compostela; and traced the footsteps of photographer Russell Lee in Pie Town, New Mexico. Myers has also made several trips to Antarctica, one a four-month artist residency, where she produced one of her most acclaimed series Wondrous Cold: An Antarctic Journey. More recently, she has photographed in the jungles of India. She is now nearing completion on a body of work that centers on volcanic and geothermal sites around the globe. Her newest work, on view here for the first time, examines the identity of the Southwest as expressed in outdoor advertising and signage. 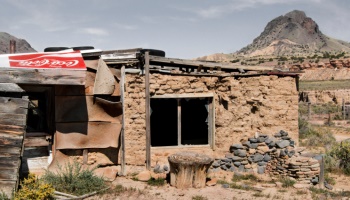 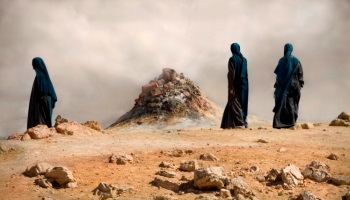 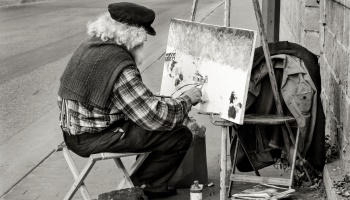 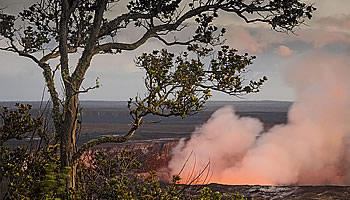