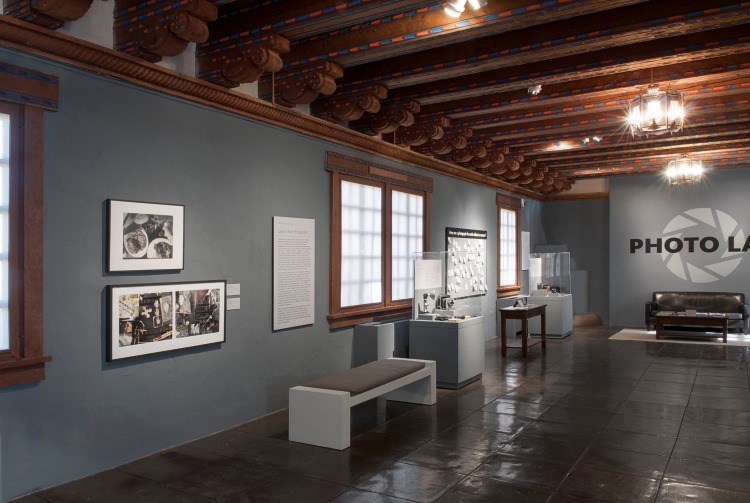 On view here are gelatin silver prints (the technical name for black-and-white photographs made in the darkroom) from the museum’s collection that show the flexibility of a process that came to dominate twentieth-century photography and defin the field for more than eighty years. The gelatin silver process was first introduced in 1871 and was substantially improved in 1878. By the turn of the twentieth-century, it was widely adopted for both art and amateur photography until color films and processing became common in the 1960s and 1970s.

The basic chemistry involves suspending silver salts in a gelatin solution that is coated onto a support such as glass or paper. A latent (undeveloped) image is created by placing a photographic negative in direct contact with this sensitized paper (to make a contact print the same size as the negative) or by using an enlarger to project the negative onto the paper. After exposing the paper and negative to light, the paper is then processed with chemicals that bring out the image (develop it) followed by chemicals that stop the development and stabilize the print (fixing it) which is then rinsed away with water.

Due to the popularity and long reign of gelatin silver photography, a variety of papers were created and produced commercially -- glossy, matte, high-contrast, etc. – to offer a range of effects. Another factor that can alter the appearance of a gelatin silver print is toner, a solution of gold, selenium, or other agents that can be added during processing. Toning changes the “color” or tonality of a print and can enhance its longevity. An artist may also chooses to add paint, pencil, or other markings to the surface of the print once it has dried, which is referred to as hand-coloring or sometimes mixed-media. 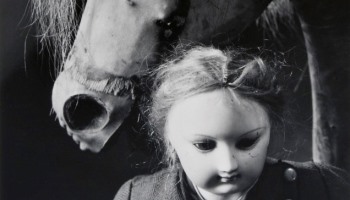 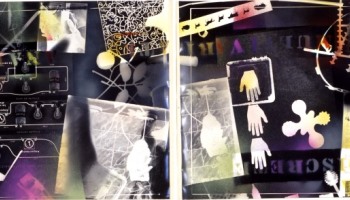